On the 1st of April, it felt like the weather was playing an April Fool on us as we put another block of fondant on every hive! With heavy rain and very low temperatures, April has been tough going for the bees.

However, it was lovely to feel a bit of warmth this weekend and I felt optimistic for the bees when I saw a honey bee on the newly bloomed flowers of the hawthorn tree in the garden.

As a rule of thumb, on the first day above 15 degrees, you’re supposed to do your first full hive inspection of the season. I mulled this over, feeling quite excited to get in and see how they were doing but then I thought, they’ve waited all this time for a lovely sunny day, to fly, to forage, to feel the sun and then a giant comes along, rips open their home and upsets them. No – we’re not doing that! Instead, we visited the Gosford Apiary and just observed. We saw every hive was active, had flying bees and they were bringing in pollen. This was a good sign as pollen is protein fed to larvae so that should mean someone is laying. Whether it’s a Queen or a Drone layer we won’t know until we’ve done an inspection but it’s an encouraging sight. I removed the mouse guards and adjusted the opening to be slightly larger to give them room to get in and out freely.

We carried on to the Archerfield Apiary and by the time we got there the hives were in the shade. There was no activity from the hive but we took off the roof for a quick peek and could see though the clear crown board that the hives were busy inside. Hopefully we just missed them flying. Again, we removed the mouse guards and adjusted the openings to allow them to get in and out freely.

The weather forecast for the coming weeks looks reasonable with sunny periods and temperatures ranging from 12 to 17 degrees. I’m hoping that the temperature will now remain in double figures so that there will be no mouse threat now the guards have been removed and that the bees will be able to collect their own food rather than us feeding them. If the forecast is to be believed, we’ll plan to do a full inspection on Thursday which will have given the bees a few days to enjoy the sun but not long enough to start misbehaving! 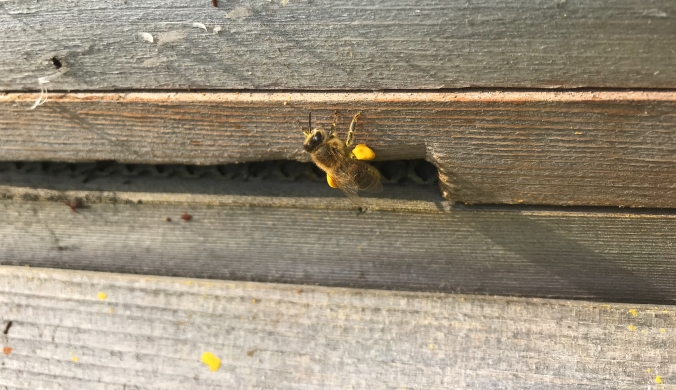 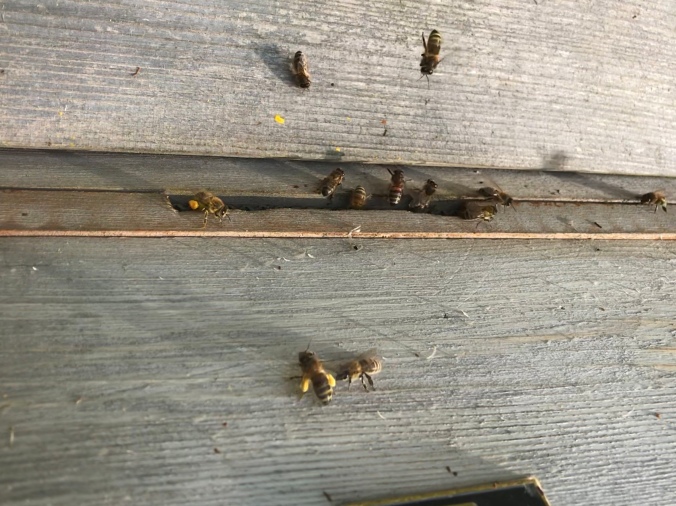